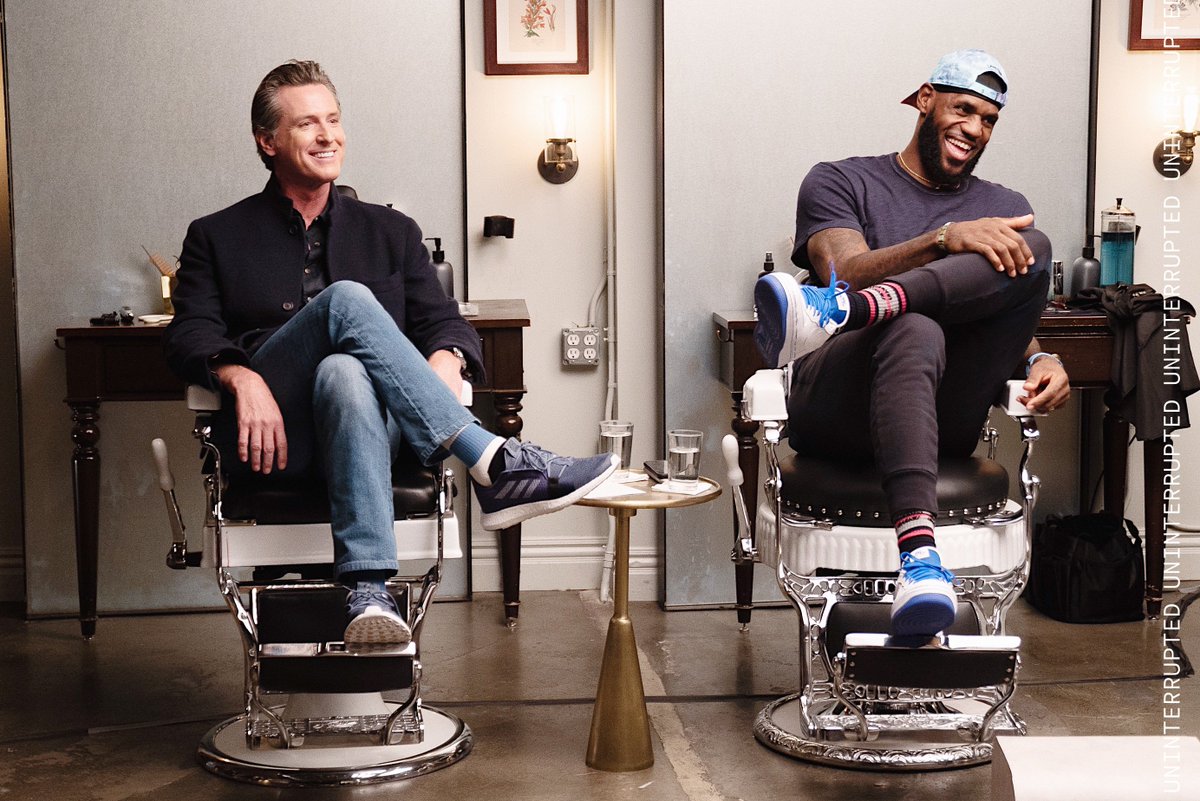 The sports world took a giant leap forward to filling the gap to pay equality. Since the NCAA formed in 1910, student athletes have never been paid for their play. Now, over a century later, and hurdling over a billion dollars annually, the first step to compensating student athletes for names and likeness came to fruition after California Governor, Gavin Newsom signed a state bill, "Fair Pay For Play Act" with NBA icon LeBron James. Announcing on the basketball legend’s show HBO Sports' The Shop: Uninterrupted.

BREAKING NEWS: Exclusive to @UNINTERRUPTED on The Shop, Governor @GavinNewsom signs California’s ‘Fair Pay to Play Act’ (#SB206) giving college athletes the ability to responsibly and fairly be paid for use of their name and likeness in the state of California. #MoreThanAnAthlete pic.twitter.com/3MKfO2bMEM

We won’t know what the immediate impact will be as the law will not go into effect until 2023, but the national implication is imminent as the landscape for college athletics will soon be a pay-for-play ecosystem. Many former athletes, sports executives, and even political candidates have been outspoken on this issue, so here is my take on the five ways the wave of this new bill will likely impact college athletics.

1."One and done" student athletes will go away.

Most college football players don't make it to the NFL, and similarly, the odds of any college athlete playing professionally is unlikely. Since 2005, the NBA and NBPA new collective bargaining agreement included Article X known as the "one and done" rule that dictated that for an American player to be draft eligible, he must be at least 19 years old with at least one NBA season having elapsed since high school graduation. It's likely with the new lines of economic opportunities for student athletes allows them to build a foundation for their brand equity much earlier than the high school level. Four years of college athletics and a bachelor's degree on a resume with multiple endorsement deals could make a student athlete the potential to be a millionaire before ever being drafted by a professional team. Why go pro so soon? LeBron James is the ideal poster child for the pay-for-play era as he was drafted straight out of high school three years before Article X.

Imagine if Michael Jordon could have worn his own clothing brand during his days playing at North Carolina? With athletes signing endorsement deals more frequently, and the rise of athletes becoming broke after playing the game, we can expect the portfolio of brands going younger and broader when it comes to profiling the right athletes that fit their brand. Anticipate wearable brands like Nike, Jordan, Under Armor, and Adidas to make a big play going more youthful with ambassadors and their efforts ramping up in showcasing amateur athletes. Michael Jordon is actively making more money retired from the game than any current NBA player. Endorsements are security for an athletes' longevity. Surrounded by a pool of talent -- buy talent low, sell merchandise high. Show me the money!

3. College sports will grow to be a bigger industry than professional sports.

The new bill will also allow college athletes to hire agents. Everyone wants a Drew Rosenhaus negotiating their contract. Where the opportunities will soon lie is an agent representing a student athlete, and the likelihood that an 'exclusive representation' clause will rollover over to their first professional contract. Agency contracts will carry more weight as an athlete's brand can begin to establish equity at an earlier age. Kids look up to kids too. With the demographic of sports shifting to even younger rookies, let's not forget what major colleges pay coaches for veteran leadership. Top level coaches today make anywhere from $5 to $9 million per year in any power five conference.

If managers are getting paid at that average, what should your No. 1 employee be getting paid? The two largest revenue generating sporting events for college sports are the NCAA College Football Playoff and March Madness Basketball Tournament. As the demand for more teams to enter the college football playoff pleading a case to grow from four to eight teams, and some argue 68 teams isn't enough for the "big dance," we should expect the competitive playing field to increase the demand for more athletes. More talent will be coming out of Division II and III schools with only a certain level of scholarships permitted per institution.

Mark Cuban has expressed a theory on students losing scholarships if athletes were paid by their respective colleges and don't play well. To the contrary, I think there is an argument that can be made that you will see a spike in more formidable and stronger recruitment efforts. For example, expect media support for what an institution can offer an athlete's exposure to be a new recruiting tool for the living room conversation for college coaches to push and promote more than the traditional ways of just good academics and great facilities. Economic opportunity opens pandora's box to set the bar higher on what a student athlete desires. I would expect recruiting efforts will be more competitive with media being a variable, as well as an abundance of resources invested by private/public colleges and companies who serve these institutions.

The fastest growing sport in the world is gaming, where colleges are committed to offering scholarships to e-sports athletes. If physical athletes are soon to be paid on the field of play, expect e-sports to be included in that bunch where you will see e-sports endorsement deals going collegiate. Gaming has grown to be more than just a sport; it's an athletic revolution of participation sports where anyone can be a superstar. Gaming is sheer madness.

Florida representatives have already been said to be next state to propose a bill set to vote in 2020, and a U.S. Representative from Ohio is planning to propose a federal law. The verdict is still yet out on this economic and cultural reform that has been enabled for student athletes, but it has certainly been a topic even national political candidates are bringing to their progressive platform, believing government certainly will have a hand ensuring athletes are treated fairly like employees. Regardless of the outcome of the potential shift in this collegiate paradigm, there are opportunities that will certainly be presented, and as a sports businessman, buckle your seat belt. College sports is at a whole new element.