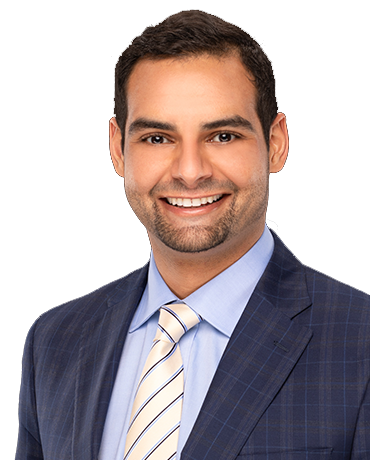 “Your most important work is always ahead of you, never behind you.” Stephen Covey

Chris Antonious is a seasoned sports executive and philanthropist with 10 years of experience working with various properties, events, brands, and markets within the sports and entertainment industry. Building a track record of success in business development, marketing, and strategic partnerships in the National Women's Soccer League (NWSL), National Basketball Association (NBA), Major League Baseball (MLB), thoroughbred horse racing, as well as collegiate, youth, and endurance sports, Chris has quickly proven to be the ‘jack of all trades’ in sports business. Generating over $15 million in sponsorship, advertising and fundraising in his career, Chris has established himself at the top of his practice as a serial sports entrepreneur and a progressive business and community leader.

Chris Antonious was born in New York City; but grew up in South Florida, in a home from small-business owning parents and four older sisters, whom all encouraged him to dream BIG. Chris has a Bachelor of Science in Accounting and Sport Management from Florida State University (FSU). From an early childhood and throughout college, Chris developed the characteristics and foundation to succeed in sports entrepreneurship.

Chris kicked off his post-graduate career working in sponsorships with the 2013 Outback Bowl in Tampa, Florida. Working for a college football bowl game organization that has contributed millions to education changed the way Chris would look at sports forever.

During the college football season, Chris worked with Fortune 500 companies and other power-player brands across the Southeast region, including Outback Steakhouse, Coca-Cola, Raymond James Financial, Visit Florida, and Kia. Chris helped launched the inaugural nationwide promotion for Outback Steakhouse’s “Bloomin’ Onion vs. Buffalo Shrimp” Big 10 vs. SEC challenge menu item giveaway; unprecedented at its time, the nationwide activation still continues to be a success today. Outback Steakhouse is currently the longest title sponsor in college bowl game history. In what turned out to be a classic BCS thriller, Chris was marveled by the possibilities of the impact of sports can have off the field.

His next hit in sports business was across the bay with the Tampa Bay Rays in St. Petersburg, Florida. Working in professional baseball, Chris was behind the mound in organizing and delivering major league corporate sponsorships for notable brands like SunTrust Bank, HESS, Sweetbay Supermarkets, and Pepsi. Further, the opportunity to empower the Tampa Bay area through the magic of baseball enabled Chris’ profound interest in driving impact for the business community through the art brand storytelling.

During the fall and a MLB playoff run, Chris accepted an opportunity within corporate business development for a NBA team, the Phoenix Suns, in Phoenix, Arizona. Chris swiftly adapted in a new market by developing community and business relationships throughout the Valley, maintaining his commitment to serving local organizations through his work with the Fiesta Bowl Committee and events such as Super Bowl XLIX, as well as fundraising for other local nonprofits. At the Suns, Chris helped facilitate a seven-figure sponsorship deal with Arizona Central Credit Union, inking the first official credit union deal in the NBA franchise’s 50-year history. Chris capitalized on the opportunity to innovate sponsorship beyond the game of basketball with his forward thinking, hustle, and teamwork; contributing to other major groundbreaking sponsorship marketing projects that includes the development of the Marketing Partnerships Score, an algorithmic-based evaluation model, which was later adopted by the NBA’s league office marketing and business operations, naming rights deal for the Talking Stick Resort Arena, and Phoenix Mercury’s marquee jersey sponsorship with Casino Arizona and Talking Stick Resort.

Chris’ next opportunity led to a return home working for a leading property within the endurance sports space, IRONMAN®, in Tampa, Florida. He managed national sponsorships as well as global licensing deals that included being part the of team that fostered renewal for one of the most successful licensing deals in sports, Foster Grant IRONMAN® sunglasses. The IRONMAN® sunglasses have sold millions of pairs and currently distributed across the globe at major retailers such as CVS, Amazon, and Dick’s Sporting Goods. Chris also helped spearhead unique community initiatives that included activating the Nulo Pet Foods’ Healthier Together™ campaign through the IRONMAN® partnership that helped put their natural pet food brand on the map within the active consumer space; as well as supported Team Firehouse Subs’ nationwide effort calling on a triathlon team made up of first responders to race IRONMAN® Arizona in benefit of the Firehouse Subs Public Safety Foundation. Additionally, Chris managed partnerships for Zappos.com, Norton Sports Health, Frog Fitness, and other charity relationships that included Smile Train, Scott Rigsby Foundation, and Pat Tillman Foundation, delivering millions in marketing and fundraising efforts. By this time, Chris’ success and network of business relationships had expanded within strategic markets across the nation, and abroad, fueling brands across the participation sports space.

In late 2016, Chris had a chance to transition full circle to a different kind of race...this time onto a racetrack with America’s largest thoroughbred operator, The New York Racing Association. Chris led business development efforts for New York City’s largest three-day sporting event, the Belmont Stakes, as well as America’s oldest sports venue, the historic Saratoga Race Course in Saratoga Springs, New York. Under the bright lights and in “The Sport of Kings”, Chris was able to secure more new business in a non-triple crown year than ever before in the association’s 140-year history, brokering high profile partnerships with Uber, Rivers Casino, Vineyard Vines, Tequila Avion, Mionetto Prosecco, and Barefoot Wines. Chris’ influence to integrate fan experience technology, hyper-connect to the community, and re-energize events with reimagined entertainment helped NYRA achieve a record-setting attendance year in 2017.

After all of Chris’ success early in his career, Vitae Sports & Entertainment was launched in 2018 where he was poised to push the envelope even more. In continuing to dedicate his life in partnerships and revenue generation, he continues a career in sports business.

Throughout my personal and professional life, I’ve received support from family, friends, mentors, and colleagues that I would like to acknowledge. Thank you to all whom have played a role in the many opportunities experienced along this thrilling journey.